Sergei Rachmaninoff is remembered for the Paganini rhapsody, the two middle concertos, a prelude in C-sharp minor, and sometimes, a vocalise. The portrait painted by this “Best Of” compilation is of a man who procured steadfast melodies and unrelenting sentimentality till the day he died. Beyond these works too, you won’t find much that deviates from this pattern. Relatively speaking, he didn’t have eras or periods of stylistic evolution like, say, Stravinsky. He didn’t seem to be interested in intellectual or artistic “progress”. All that mattered to him was one thing:

I always feel that my own music and my reactions to all music, remained spiritually the same, unendingly obedient in trying to create beauty.

If you’re a historian or music critic, this proclamation is unexciting. All it does is confirm his place in history as an engineer of soulful tunes, living a few decades beyond Romanticism’s expiration date. And this is a fact that explains his eventual resting place in our culture: today, his music is concert hall headline stock provisioned to fill seats for brave new works and enigmatic older ones. It otherwise rarely surfaces in the classroom or academic forum. It is music for feeling, not for thinking. 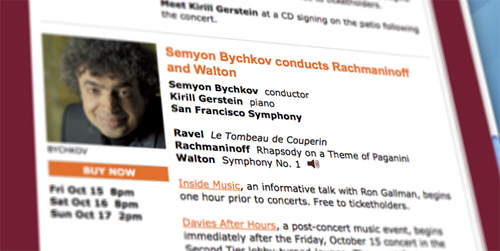 The third concerto is kind of an exception though. It’s insanely difficult (I just take everyone’s word for it), which is a nice value-add in the eyes of those who might dismiss Rachmaninoff for the above reasons. It’s also quite long for a concerto, with a lot of unrepeated material and several ossias. In fact, the third concerto represents a lot of what Rachmaninoff contributed to Russian music, not just because of its status as a masterpiece (whatever that means), but because it fills some gaps in the Russian offering.

Not that Tchaikovsky and The Five left too much to be desired, of course. There’s just a whole lot more to Rachmaninoff’s music than its emotional content. Take for instance the sheer scale of his works. There is the third concerto, the four symphonies (three, plus the choral), the Symphonic Dances, and the sonatas (two piano and one cello). These are grand works with protracted underlying structures, and the symphonic pieces among them require large orchestral forces. It’s my own opinion, but writing on this scale deserves recognition alongside his peers Mahler and Sibelius. 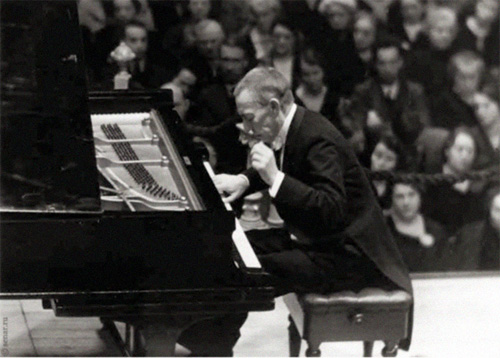 There’s something to be said too of Rachmaninoff’s contributions to the piano repertoire. None of The Five are remembered for producing significant works for the piano, and probably rightfully so, since they were overshadowed by the output of Chopin and the Germans. Tchaikovsky put the Russians on the map with the first piano concerto, but the phrase “Russian piano music” probably wouldn’t mean much today if not for the arrival of Rachmaninoff and Scriabin on the scene. Four piano concertos, plus etudes, suites, and preludes, all of them actively performed today.

There’s a lot more to the man that could be mentioned in this context — his craft in melody and thematic variation, personal themes, the oft forgotten fact that he was a true and wholly successful conductor-composer-pianist — but I’ll stop here before I get ahead of myself. It’s just that, well, there’s more to him than gushing tunes, and I think sometimes people forget that.