There’s something about a composer’s fifth. Beethoven, Prokofiev, Tchaikovsky, Shostakovich, Bruckner, Mahler, Sibelius. All of their fifth symphonies have become somewhat defining in their legacy as composers and are the pieces we’re told to approach first if not yet familiar with their music. They remain some of the most performed symphonies in the repertoire, and they all boast daunting, large-scale forms. The other day, I was happy to find that I’m not the only one who feels this way. 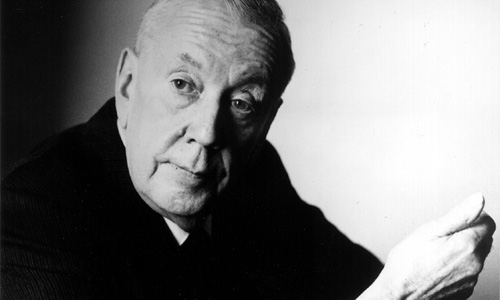 Malcolm Arnold wrote a pretty solid fifth as well. For a symphony written in the 1960’s, it summons a Romantic spirit worthy of Tchaikovsky. Particularly if you like Mahler, you’ll certainly enjoy the Andante con moto and its resemblance to Mahler’s adagio movement from the same-numbered symphony. Overt sentimentality of this kind reminds us that 20th century composers frequently found work as film composers.

The theme makes a brilliant return in the finale, but the work ends silently, meandering an unnerving distance away from the tonic. I guess harmonic resolution really just wasn’t the thing to do in those days.