The piano seems like such an integral part of every classical composer’s output, if not as a vehicle for masterworks, then as a platform for experimentation.  And we may take it for granted sometimes, but it is truly the ultimate musical tool.  Not only can it sound multiple, simultaneous pitches (something that is difficult or even impossible on other instruments), it also provides a very natural interface for its operator. Forget embouchures or slide or bowing positions; as a pianist, you sit before a neatly arranged array of keys, each corresponding to one of the eighty-eight pitches you care most about. 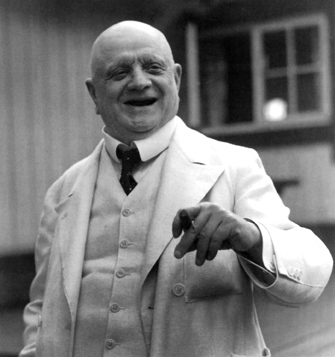 But not everyone particularly cared for the piano, it seems.  Despite having written a few character pieces for it, Jean Sibelius will go on record as one of those composers who may have employed it entirely out of convenience.

I dislike the piano: it is an unsatisfactory, ungrateful instrument, an instrument for which only one composer, Chopin, has succeeded in writing perfectly, and of which only two others, Debussy and Schumann, have had an intimate understanding.

I always feel that statements as pointed and cold as this need to be taken with a grain of salt; could someone really harbor so much resentment about one of the most versatile musical instruments of them all?  In fact, maybe so.  The man is remembered for his accomplishments in genres without piano.  Seven grand symphonies.  Fervently nationalistic tone poems.  A violin concerto with one of the most haunting opening melodies I’ve ever heard. At least we get a sense from this statement that Sibelius believed the piano to have merits within reach of the talents of other composers.  I think most people would cite Chopin as the composer who excelled most in the domain of the 88; it’s comforting to know that Sibelius, a man who didn’t even like the instrument, was sympathetic to this belief as well. Source: Goulding, Phil. Classical Music: The 50 Greatest Composers and Their 1000 Greatest Works. Random House.