From a distance, Rachmaninoff and Tchaikovsky look much the same.  Fact is, one name rarely ever surfaces without some mention of the other, and if you like music by one, chances are you also enjoy music by the other (convenient given the sheer number of classical albums that pair their works together). 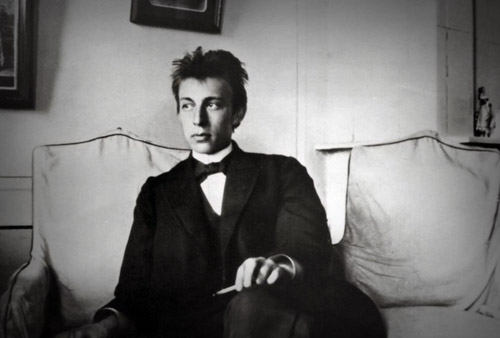 The opinion inherent in their seeming inseparability is that their works demonstrate an uncanny gift for melody and emotional expression.  On separate occasions in fact, I’ve heard their symphonies described as “dark and brooding”. This point of view by itself makes complete sense, and I would be the last to refute it, but it also suggests an idiomatic similarity between the two that obscures their basic differences.  Tchaikovsky and Rachmaninoff were very much not the same composer at all. Admittedly, Tchaikovsky can be held partially responsible for the later composer’s general attitude towards composition, but stylistically, Rachmaninoff as a composer borrows from elsewhere (notably, The Five) and innovates plenty in his own right.

I’m not really familiar with the full range of Rachmaninoff’s true compositional influences (as there is, I think, a pianistic element in Liszt and Chopin that I know little about), but I’ve been starting to see some traces of the middle-Romantic, Russian school in his pieces. There is, for example, a foreshadowing of his idiom in Borodin’s tone poem In the Steppes of Central Asia (1880).  In particular, two musical devices that feature prominently in Rachmaninoff’s output make an almost overstated appearance in this piece: step-wise motion and counterpoint.  (I admit, the former is less a device than it is just a fashion in which to craft harmony.)

The theme from Steppes above curiously derives its effectiveness from its excessive restatement of the same few pitches, over and over again.  It wanders little more than a third from where it begins on the third scale degree, and yet by gradually teeter-tottering its way to the tonic, it manages to fill the expanse of some ten measures before finally coming to rest.  Some thirty years later, the themes and opening clarinet solo of the adagio movement from Rachmaninoff’s 2nd symphony echo this pattern.

Both works also make heavy use of counterpoint, though most likely for different reasons.  Borodin wrote this tone poem to depict an encounter between travelers on the Caucasus of eastern Europe, and arranging several melodies in counterpoint is how he simply makes musical sense of this scene and the commotion of the caravans. As for Rachmaninoff’s symphony, one can never be really sure of why a composer uses a particular device if no clear program is known, other than because he likes the way it sounds or because it is simply in his style.  In this case, we know that Rachmaninoff was a gifted artist in contrapuntal writing and that it interested him enough to employ it widely.  After all, he did have, if only briefly, the illustrious Taneyev as a pedagogue in said discipline. 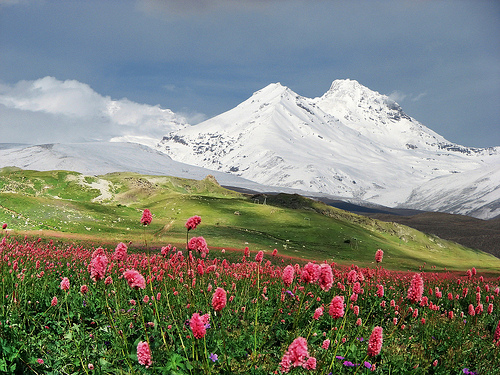 Of course, anytime we perceive the influence of one artist on another, we can’t be certain that the inspiration was conscious.  In fact, it’s usually not.  I think there’s more evidence to suggest that the traces of Russian Romanticism that made it into Rachmaninoff’s music resulted implicitly from the nuances of his education at the conservatory in Moscow and his exposure to the great Russian masters while they were still alive during his youth.

Because of this influence, I sometimes think of Rachmaninoff as the culmination of all the Russian tradition that came before him, but his melodies don’t carry as much of the eastern—or sometimes deemed “oriental”—tinge of, say, Borodin’s large-scale orchestral works or Rimsky-Korsakov’s Scheherazade.  Whatever the case, we know from his memoirs of the great respect he held for his predecessors and of the pain he suffered as an exile from his home country.  These sentiments, together with his staunch devotion to capturing beauty through emotion in music, confirm his standing as a truly Russian composer.