The other day, I treated myself to the manuscript version of Rachmaninoff’s fourth piano concerto, which I had never heard before.  This version, dated sometime in late August of 1926, is the original version of the piece that the composer premiered that year, before revising it twice to cement what we know now as his fourth concerto. The music in this first iteration reveals a strikingly unfamiliar side of the composer. 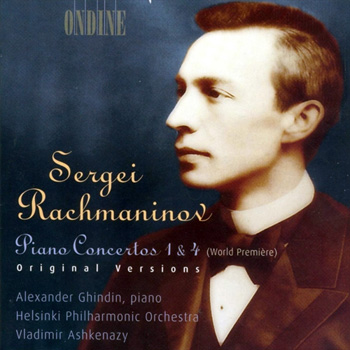 Rachmaninoff notably revised his Second Piano Sonata (1913) in 1931, excising some fragments and condensing others significantly, but he left the general scheme of the work and its thematic material mostly intact.  With the Second Symphony, he merely recommended, at least to my knowledge, several cuts and optional repeats.

If those alterations were deemed revisions, his changes to the fourth concerto in 1928 and finally in 1941 should be considered almost a complete rewrite.  In fact, the finale was mostly rewritten, borrowing little from the original score and giving way to a much simpler form.

A few weeks ago I wrote about a passage in the second subject of the final movement (1941 version) with a horn solo.  I was surprised to find this passage entirely absent in the original, 1926 version.

In its place, the piano takes center stage with a familiar Dies Irae-inspired melody spelled out in thick, stepwise chords. The key of D-flat is still strongly suggested, but the horn is gone—which makes me sad—and there aren’t any voices in the orchestra that assume its role from the 1941 version, with either a soloistic line or pentatonic character.  Instead, a solo trumpet and a choir of woodwinds chime in intermittently with supporting, motivic pronouncements.

Following the second subject, a clarinet solo, entirely nonexistent in the 1941 version, marks the transition into the next set of themes.  In fact, there are several places where Rachmaninoff has written solos into the manuscript score for instruments other than piano but has omitted them in the final version.

This is all small change though.  The most drastic difference in the manuscript version of the finale is the return of the second subject, adding at least two more minutes of music to the piece.  For me, this restatement of some of the earlier themes rounds out the structure of the movement and I think results in a greater sense of resolution for listeners who, consciously or not, expect a sonata or rondo-like pattern.

It’s clear from looking at each work that exists as an original-revised pair that Rachmaninoff strove for greater economy in his music as he grew older.  All his revised works are considerably shorter in length and got this way mostly through a paring down and simplification of the more complex passages.  My feeling is that his revised editions are furnished with more “natural” harmonic progressions and are condensed in the very spots where he had at first been the most verbose musically. 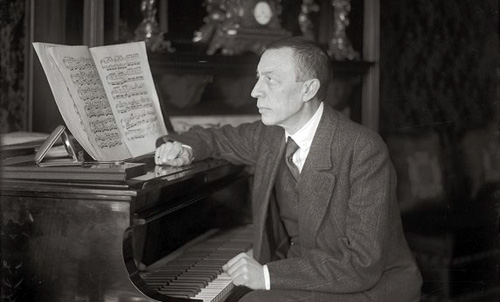 And although he wasn’t necessarily enthusiastic about his first attempts, we as his audience receive works like this with fresh ears.  I don’t think it makes sense to value one version objectively over the other, and I think most people would have a hard time making that kind of decision anyway when these two versions are, chiefly as works of art, so thoroughly constructed.  The two are just telling snapshots of the same man at two different points in time.

Unfortunately, that man was met with cold criticism for both versions of the piece. Following a New York performance of the first version on March 22, 1927, the music critic Pitts Sanborn wrote:

The concerto in question is an interminable, loosely knit hodgepodge of this and that, all the way from Liszt to Puccini, from Chopin to Tchaikovsky.  Even Mendelssohn enjoys a passing compliment.  The orchestra scoring has the richness of nougat and the piano part glitters with innumerable stock tricks and figurations.  As music it is now weepily sentimental, now of an elfin prettiness, now swelling towards bombast in a fluent orotundity.

Such as it is, I rather enjoy the richness of nougat.