On the 18th of November, 1915, a recital was held in Moscow to commemorate the life of Alexander Scriabin, whose premature death in April of that year had rocked the world of Russian music.  The program consisted entirely of his own works, and performing them at the piano was fellow Moscow Conservatory graduate, Sergei Rachmaninoff. Also present on that evening, as a member of the audience, was Sergei Prokofiev.  He was 24 years old. 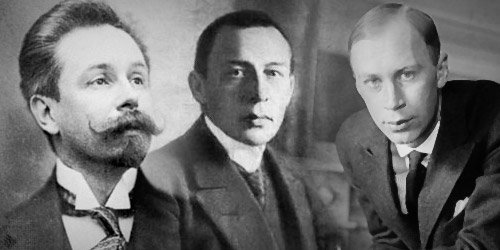 According to the surviving press material that relates the outcome of this concert, Rachmaninoff’s playing was not well received.  As professional and musically gifted as the man was, his performance was apparently starved of the nuances that contemporary “Scriabinites” cherished in these pieces.  And in fact, Rachmaninoff continued to endure criticism for his treatment of the late composer’s works as the season unfolded and as more critics throughout Russia were introduced to his interpretation.  (If only we had such an opportunity.)

Prokofiev’s opinion went on record too, fortunately, and is less critical.  In his account, he acknowledges the uproar of the press and the unmistakable novelty of Rachmaninoff’s performance, but voices no immediate protests of his own.

I tried to suggest an objective point of view: though we were accustomed to the composer’s interpretation, perhaps there are other ways of playing this work.

His coolheaded open-mindedness wouldn’t appease the older composer-pianist though, and what Prokofiev describes next is a first look at the unpleasant relationship they would share for the rest of their lives.

Entering the artists’ room, I continued my thought as I spoke to Rachmaninoff: “And yet, Sergei Vasilyevich, you played very well.”  Rachmaninoff smiled acidly—“And you probably thought I’d play badly?” and he turned away to someone else.  This put an end to our good relations.  Some part in this was certainly contributed by Rachmaninoff’s rejection of my music, and the irritation it provoked in him.

And so, as history would have it, Rachmaninoff and Prokofiev would never really hit it off.  I’d like to think that, as two of the most successful artists of their time, they at least shared a mutual respect for each other’s talent, but that probably wouldn’t have really mattered even if it were true.  After the First World War, the two of them would advance their careers in music quite independently of each other, despite both of them leaving for the United States at around the same time. 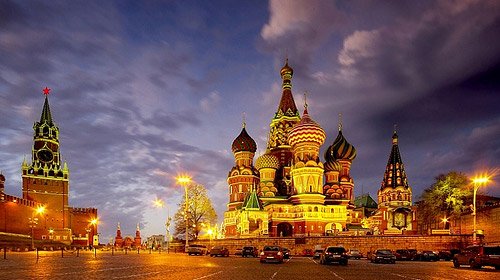 Before leaving Russia, however, the gods again arranged for these two men to be present together in a concert setting in Moscow.  Rachmaninoff, together with his friend and fellow composer Medtner, attended a performance of Prokofiev’s chamber works.  Prokofiev’s recollection of the evening confirms Rachmaninoff’s generally mysterious and subdued demeanor:

Among those invited were Rachmaninoff and Medtner.  Through the concert Medtner fumed and fussed, “If that’s music, I’m no musician.”  Rachmaninoff, though, sat like a stone idol, and the Moscow audience, that usually received me well, was confused as it watched its hero’s reaction to my music.

How lucky we are to have such sensationalism on record.  Actually, while these anecdotes mostly recount unpleasantness, there is another (a letter to a Moscow magazine) in which Prokofiev respectfully acknowledges Rachmaninoff’s success in the concert hall. Still, there’s no denying the bad blood between these two; in a later discourse on his taste in music, Prokofiev dismissed the subject with the following:

Rachmaninoff—well, I’d rather say nothing about him.  The truth is we hated each other’s guts!

All of this leaves me wondering whether it was Prokofiev the man or specifically his music that bothered Rachmaninoff so much.  Either way, there isn’t much you can do, in general, to reconcile artistic differences.  Prokofiev and others were on a path to a new kind of sound, and Rachmaninoff would simply have no part in it.

(*) Photographs copyright of their respective owners.