Rachmaninoff’s fourth piano concerto is one of these works that, together with the third symphony and the Symphonic Dances, represents the last stage of the composer’s musical output. This was his least prolific period of composition, and as well the period that is vastly less popular with concert-goers. The concerto itself has neither the pianistic showmanship of the third nor the thematic inspiration of the second, while its melodic material is woven into some very unfamiliar harmonic language. For those won over by Vocalise and the 18th variation, it is either lackluster or all together alien. 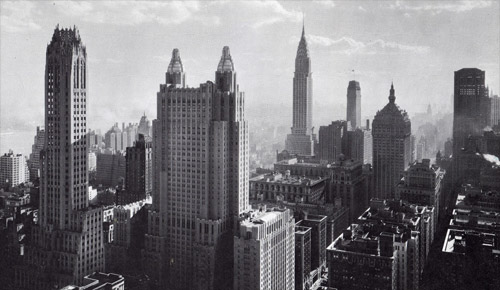 The attacca entrance into the finale from the Largo movement is probably the most unsettling part of the piece.  Although the orchestration is thin and delicate in this section, with individual voices appearing to chime in intermittently, it is chromatic, rhythmically irregular, and harmonically ambiguous.  The inconstant articulations and nimble runs in the piano solo give the impression of a race lacking direction.

But Rachmaninoff is always going somewhere, always building towards something, even in moments of chaos like this.  Very briefly, the music settles into G-flat major—the first suggestion we get of any tonal center. This is soon followed by the same material in E and a series of thick piano chords, moving in incremental progression towards a new tonal center.  Upon finally arriving at the key of D-flat major, we are treated to an interlude that is conspicuously uncomplicated for the twenty minutes of music that came before it.  The piano, plainly establishing the new key, clears a path for this simple melody in the horn:

Whether you care for the dissonance and jazzy undertones of this piece, there is at least this one, shining moment of clarity.  It is pure and simple in both structure and purpose.  It consists almost entirely of quarter notes and half notes; it starts with a five-to-one pick-up; it is arch-like in shape; and it ends on the tonic.  And as if simplicity in this form wasn’t enough, Rachmaninoff constructs this horn call using only the pentatonic scale—one of the most commonly occurring musical scales, and one with a significant place in the musical past of almost every culture in the world.  It is a scale that is distinctly human.

For the duration of this passage and the Dies Irae-like melody that follows it, Rachmaninoff manages to suspend all musical unrest.  He reverts to a sound that is both familiar and sincere, demonstrating that beauty need not derive from embellishment and complexity. In these few, short moments, with horn and piano in hushed dialogue, I am, as the listener, washed over with an overwhelming sense of resolution.

For me, this section of the concerto, which juxtaposes a palette of daring, new sounds with a humble nod to something more traditional, reveals the composer’s lifelong nostalgia.  He was likely looking back to the music of his youth, but he also longed for his home in Russia, where, as an exile, he was no longer welcome.