For an upcoming recital, I have been trying to figure out how to perform (or arrange to have performed) my new choral work… without a chorus. Apart from my not having many connections in the choral community, a full chorus would probably outnumber the students and parents in attendance at the recital.

As a fallback, I hastily mixed a synthesized rendition of the hymn for horn choir. I owe this exercise to GarageBand for having an impressive horn ensemble sample in its sound library, but I was happy enough with the results to take the time to “write out” (in Sibelius) the score for a 5-part horn choir. 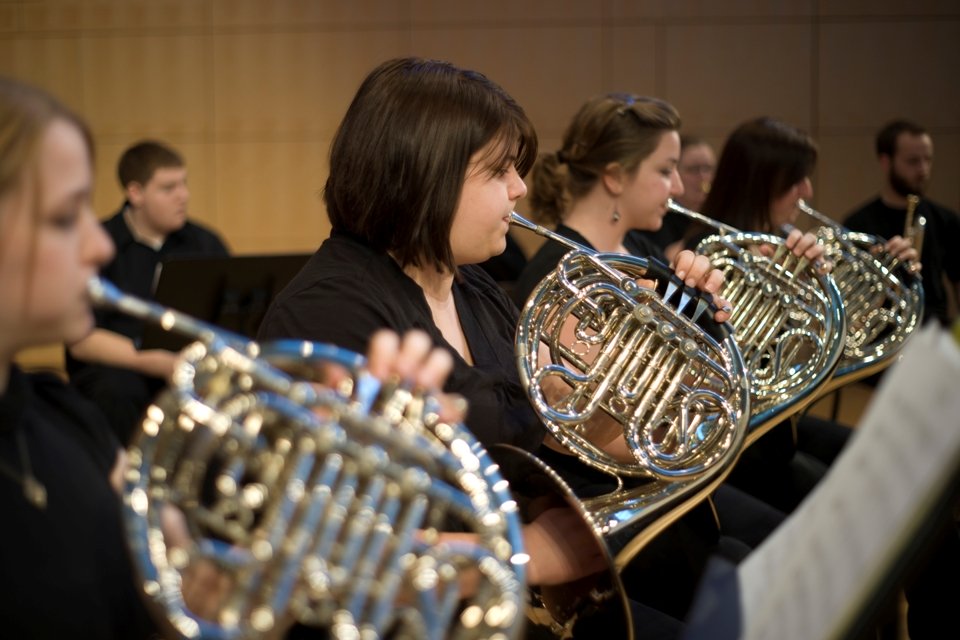 Horns are great. I’m not biased.

Some concerns and considerations:

There’s a lesson here about the unpredictable evolution of one’s own work. Something for me to mull over and write about later.